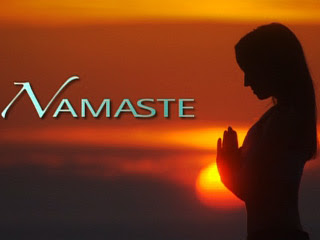 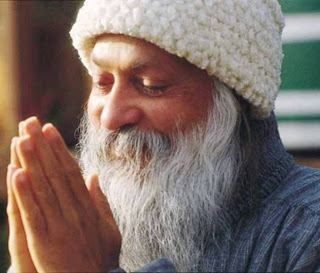 Namaste, Namaskar or Namaskaram (Sanskrit: नमस्ते [nʌmʌsˈteː] from external sandhi between namaḥ and te) is a common spoken greeting or salutation in the Indian subcontinent. It is derived from Hinduism and Buddhism, and in India it has multi-religious or else common usage where it may simply mean "I bow to you." In religious formulation, it can be translated as:
The word is derived from Sanskrit (namas): to bow, obeisance, reverential salutation, and (te): "to you".[1] Namaskar is considered a slightly more formal version than namaste but both express deep respect. It is commonly used in India and Nepal by Hindus, Jains and Buddhists, and many continue to use this outside the Indian subcontinent.
When spoken to another person, it is commonly accompanied by a slight bow made with hands pressed together, palms touching and fingers pointed upwards, in front of the chest. The gesture can also be performed wordlessly and carry the same meaning. In Indian and Nepali culture, the word is spoken at the beginning of written or verbal communication. However, upon departure only the wordless hands-folded gesture is made. 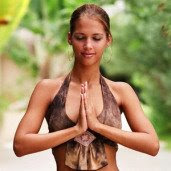 Namaste is one of the few Sanskrit words commonly recognized by Non-Hindi speakers. In the West, it is often used to indicate South Asian culture in general[citation needed]. Namaste is particularly associated with aspects of South Asian culture such as vegetarianism, yoga, ayurvedic healing, and Hinduism.
In recent times, and more globally, the term "namaste" has come to be especially associated with yoga and spiritual meditation all over the world. In this context, it has been viewed in terms of a multitude of very complicated and poetic meanings which tie in with the spiritual origins of the word. Some examples:

Posted by skashliwal at 8:28 AM